In this month’s Enews we consider the government’s decision to delay the introduction of Making Tax
Digital for Income Tax Self Assessment until 2024; the introduction of the Health and Social Care Levy; and the
announcement of the date for the Autumn Budget.

With guidance on the furlough scheme finishing, new proposals for flexible working and the end of the COVID-19
sick pay rebate, there is a lot to update you on.

The government has delayed the introduction of Making Tax Digital (MTD) for Income Tax Self Assessment (MTD for
ITSA) for a year, HMRC recently announced.

The government says it has made the move in recognition of the challenges faced by many UK businesses as the
country emerges from the pandemic.

It will now introduce MTD for ITSA in the tax year beginning in April 2024, a year later than planned.

It says the later start for MTD for ITSA gives those required to join more time to prepare and for HMRC to
deliver a robust service, with additional time for customer testing in the pilot.

‘The digital tax system we are building will be more efficient, make it easier for customers to get tax
right, and bring wider benefits in increased productivity.

‘But we recognise that, as we emerge from the pandemic, it’s critical that everyone has enough time to
prepare for the change, which is why we’re giving people an extra year to do so.

‘We remain firmly committed to MTD and building a tax system fit for the 21st
century.’

From April 2022, the government plans to create a new social care levy which will see UK-wide tax and National
Insurance Contribution (NIC) increases.

There will be a 1.25% increase in NICs on earned income, with dividend tax rates also increasing by 1.25%. The
money raised will be ringfenced for health and social care costs.

The Levy will be effectively introduced from April 2022, when NIC for working age employees, the self-employed
and employers will increase by 1.25% and be added to the existing NHS allocation. The Levy will not apply to
Class 2 or 3 NICs.

From April 2023, once HMRC’s systems are updated, the 1.25% Levy will be formally separated out and will also
apply to individuals working above State Pension age and NIC rates will return to their 2021/22 levels.

Individuals who receive dividend income will also face a higher tax bill as all rates of dividend tax will
increase by 1.25% from April 2022.

The dividend tax is applicable on dividend income above the frozen £2,000 dividend allowance and above the
£12,570 personal allowance. Dividends on assets held in ISAs are excluded from the dividend tax.

HM Treasury has announced that Chancellor Rishi Sunak will deliver the Autumn 2021 Budget on Wednesday 27
October.

On 7 September the Chancellor launched Spending Review 2021, which will conclude on 27 October and will be
presented alongside the Autumn Budget. The Spending Review will outline government departments’ resource and
capital budgets from 2022/23 to 2024/25.

The Spending Review is also expected to set out how the government will deliver on its promises to the British
public through leading the transition to net zero across the country; ensuring strong and innovative public
services; levelling up across the UK to increase and spread opportunity; and delivering its Plan for Growth.

‘Despite the worst economic recession in 300 years, we have not only got people back into work through the
Plan for Jobs but continued to deliver on the priorities of the British people.

‘At the Spending Review . . . , I will set out how we will continue to invest in public services and drive
growth while keeping the public finances on a sustainable path.’

The government’s Coronavirus Job Retention Scheme (CJRS) ended on 30 September after supporting millions of
workers during the pandemic.

The government said the wages of more than 11 million people were subsidised for at least some of the scheme’s
duration at a cost of around £70 billion.

Economists say there is likely to be a rise in unemployment due to new redundancies, despite the fact that some
may be able to find work in recovering sectors such as travel and hospitality.

The Federation of Small Businesses (FSB) said the end of the furlough scheme, the scrapping of the small
employer sick pay rebate and the closure of the government’s apprenticeship incentive scheme will only add
pressure on companies.

‘It’s potentially a dangerous moment. As the weather turns colder, so too will the operating environment
for many firms. With recent economic growth numbers having fallen below expectations, the upcoming festive
season may not provide as much of a boost as hoped to many small businesses’ bottom
lines.’

The government’s scheme that enables small businesses to recoup statutory sick pay costs caused by COVID-19
closed at the end of September.

Before the COVID-19 pandemic, employers were obliged to pay Statutory Sick Pay (SSP) to eligible employees
unable to work because of sickness. It is paid at a flat rate of £96.35 (at the current rate) for up to 28
weeks. The full cost of SSP is met by the employer.

To support employers during the pandemic, the government legislated to allow certain small and medium size
employers to reclaim some, or all, of their SSP costs from HMRC via the SSPRS.

Under the new regulations, employers will not be able to reclaim SSP from 30 September 2021 and any claims
relating to periods prior to that date must have been filed by 31 December 2021.

The Institute of Chartered Accountants in England and Wales (ICAEW) said:

‘It would appear that the suspension of the requirement to wait for three days before SSP is paid has not
yet been repealed. The three-day rule was suspended temporarily during the peak of the COVID-19 crisis to
encourage people to stay at home as soon as they felt ill.’

The government has opened a £800 million Reinsurance Scheme to cover live events against cancellations stemming
from the COVID-19 pandemic.

The live events sector is worth more than £70 billion annually to the UK economy and supports more than 700,000
jobs, including small businesses and the self-employed.

The UK Live Events Reinsurance Scheme will support live events across the country – such as concerts and
festivals, conferences and business events – that are at risk of being cancelled or delayed due to an inability
to obtain COVID-19 cancellation insurance.

The government has partnered with Lloyd’s Market Association to deliver the scheme as part of its Plan for
Jobs.

The scheme will see the government act as a ‘reinsurer’, stepping in with a guarantee to make sure insurers can
offer the products events companies need. The scheme is available from 22 September 2021 and will run until the
end of September 2022.

‘The events sector supports hundreds of thousands of jobs across the country and as the economy re-opens,
we’re helping events providers and businesses plan with confidence right through to next
year.’

UK workers could get more choice over when and where they work under new proposals to make the right to request
flexible working a day one entitlement.

The government will also introduce a day one right to one week’s unpaid leave for carers balancing a job with
caring responsibilities. The government says the plans will make for more productive businesses, whilst
accommodating both employee and employer needs.

The proposals consider whether limiting an employee’s application for flexible working to one per year
continues to represent the best balance between individual and business needs.

The consultation also looks at cutting the current three-month period an employer has to consider any request.

If an employer cannot accommodate a request, as can be the case, they would need to think about what
alternatives they could offer.

‘Businesses have learnt a huge amount about the pros and cons of flexible working during the pandemic, with
many firms expecting to receive more formal and informal requests in the future. Employers support giving
employees the right to request flexible working from day one in the job.

‘Companies want to work with the government to ensure that they can say ‘no’ when they have properly
considered requests but for good reason can’t accept them.‘

This support, which is not included under the Bank’s core programmes, was evenly distributed across the nations
and regions of the UK.

In addition, the BBB supported £8.5 billion through its normal core finance programmes, although this was below
its target of £9.085 billion due to displacement of existing programmes by COVID-19 emergency finance schemes.

The Bank was independently assessed as having deployed its expertise to the government effectively, ranging
from advice on COVID-19 scheme development and delivery to fulfilling priorities on research and market
engagement.

‘Throughout 2020/21, in response to the pandemic, the BBB performed a role vital to the UK government,
finance markets and the economy as a whole.

‘Our financial support to smaller businesses has increased by more than £80 billion during the last
financial year, and now stands at nearly £89 billion.

‘We look forward to using our unique position in the market to support businesses further as they recover
and return to growth once more, thereby rebuilding the foundations of the UK’s future prosperity.’ 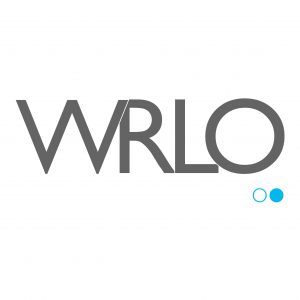 Please get in touch if you want help with any of this.

This website uses cookies to improve your experience while you navigate through the website. Out of these, the cookies that are categorized as necessary are stored on your browser as they are essential for the working of basic functionalities of the website. We also use third-party cookies that help us analyze and understand how you use this website. These cookies will be stored in your browser only with your consent. You also have the option to opt-out of these cookies. But opting out of some of these cookies may affect your browsing experience.
Necessary Always Enabled
Necessary cookies are absolutely essential for the website to function properly. This category only includes cookies that ensures basic functionalities and security features of the website. These cookies do not store any personal information.
Non-necessary
Any cookies that may not be particularly necessary for the website to function and is used specifically to collect user personal data via analytics, ads, other embedded contents are termed as non-necessary cookies. It is mandatory to procure user consent prior to running these cookies on your website.
SAVE & ACCEPT